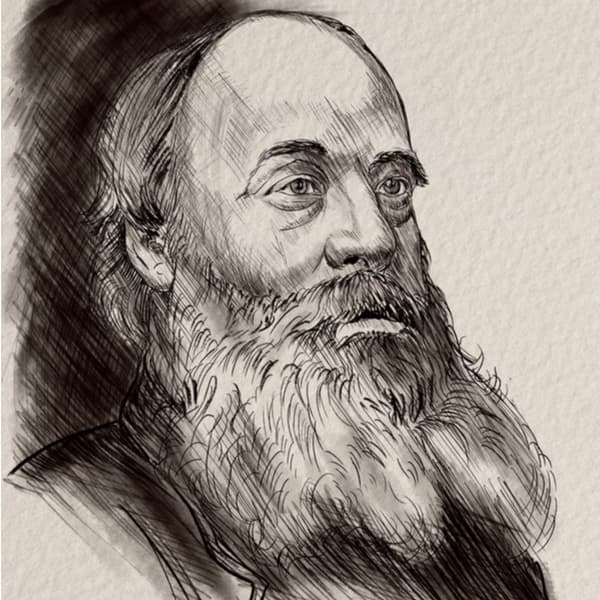 James Prescott Joule was an English physicist, one of the most notable of his time, best known for his research in electricity, thermodynamics, and energy. He studied magnetism and discovered its relationship with mechanical work, which led him to the theory of energy. The international unit for energy, heat, and work, the Joule, was named in his honor. He worked with Lord Kelvin to develop the absolute temperature scale, made observations on the thermodynamic theory (Joule-Thomson effect), and postulated the now called Joule’s Law, which is a relationship between the electric current through a resistance and the heat.

The Life of James Prescott Joule 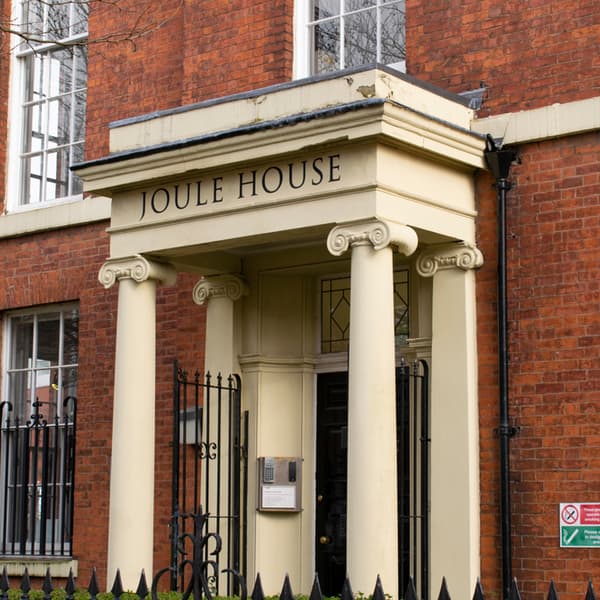 On December 24, 1818, the English physicist James Prescott Joule was born December 24, 1818, in Salford, Manchester, United Kingdom, he died at his home in Manchester on October 11, 1889, the victim of a degenerative disease. Due to his shyness and health problems, Joule received private lessons until he was 15 years old. The physics and mathematics classes came from another “giant,” the British chemist John Dalton. Dalton was precisely the person who encouraged him to develop his scientific career.

Due to the early death of his father, he had to take over the family business, a brewery, when he was 15 years old. He never attended the University, nor did he pursue higher studies. Despite everything, James Prescott Joule was clear about his true vocation and built a laboratory in his own home where he developed his first experiences. His first interest focused on magnetism and its relationship with electricity, managing to develop an electric motor built with zinc and copper discs. In this way, his first works, dated in 1838, refer to electric motors. Joule found that when an electric current flows through a conductor, it experiences an increase in temperature, it heats up. 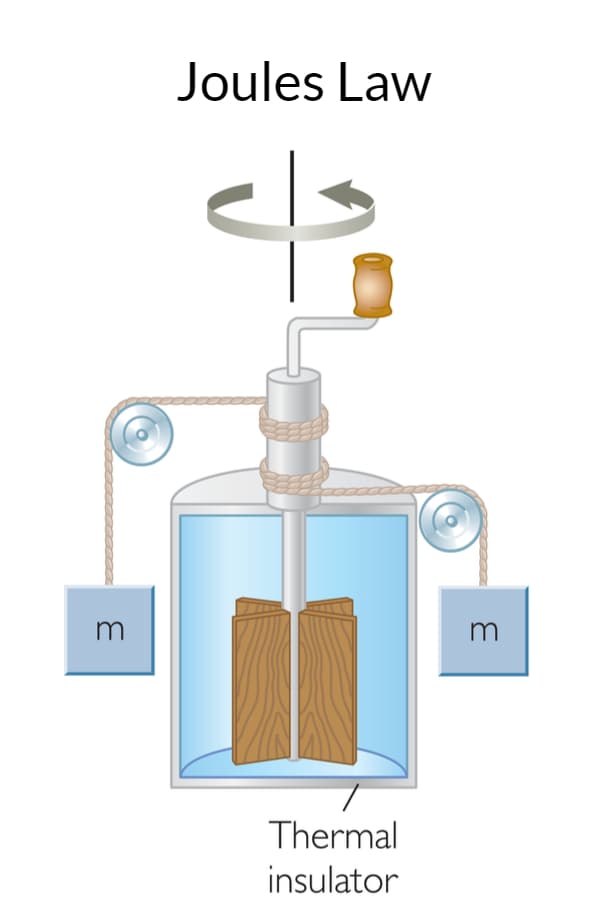 In 1840 James Prescott Joule published Production of heat by voltaic electricity, in which he established that the heat originated in a conductor by the passage of electric current is proportional to the product of the resistance of the conductor by the square of the current intensity. This is the classic definition of the Law that bears his name, Joule’s Law.

The irreversible phenomenon is known as the Joule effect by which if an electric current circulates in a conductor, some of the kinetic energy of the electrons is transformed into heat due to the collisions they suffer from the atoms of the conductive material through which they circulate, raising the temperature of the same.

James Prescott Joule made great contributions in the field of energy as well. Joule converted electricity and mechanical energy into heat in various ways, such as electrical heating, mechanical stirring, and gas compression.

For his experiments, Joule used an apparatus that consisted of a water-filled vessel containing a rotating shaft with several mixing paddles inserted into it. By knowing the amount of water in the pot and measuring the temperature rise, Joule could calculate the total amount of heat produced. On the other hand, the product of the driving weight and the distance of its descent supplied the value of the mechanical work.

In this way, James Prescott Joule was able to establish the relationship between heat and mechanical work. Joule established that there is a direct proportionality between the work carried out and the heat produced. On January 24, 1843, Joule made an intervention on his first work at the meeting of the British Association, and on August 21 of the same year, he reported on their results regarding the establishment of a common measure of heat and work.

The First Law of Thermodynamics 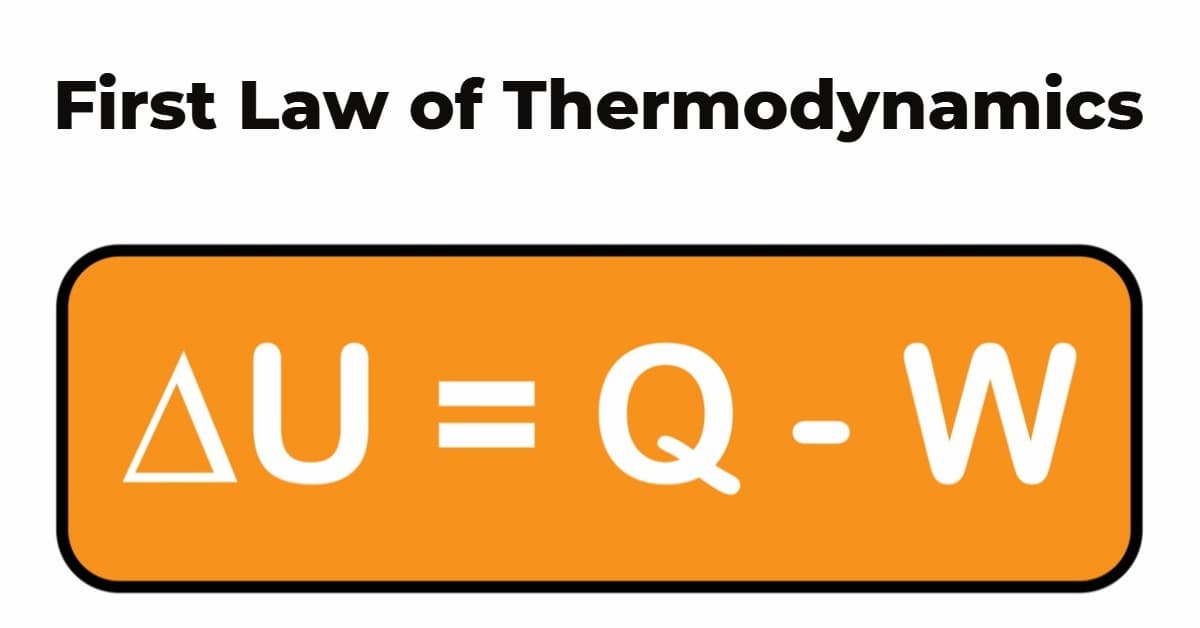 His work made it clear that in the vicissitudes suffered by heat and other forms of energy, energy is not destroyed or created. This principle was called the law of conservation of energy, or the first principle of thermodynamics.

On July 23, 1847, Hermann Helmholtz spoke at the session of the Berlin Physical Society on the principle of the conservation of energy. In this work, for the first time, the mechanical foundation of the law of conservation of energy was exposed. Clausius later introduced entropy and showed that the essence of the second principle of thermodynamics boils down to an unavoidable increase in entropy in all real processes. 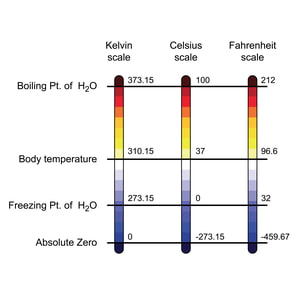 James Prescott Joule worked with Lord Kelvin to develop the absolute scale of temperature and made observations on thermodynamic theory postulating the so-called Joule-Thomson effect in 1852.

The Joule-Thomson effect or Joule-Kelvin effect is the process in which the temperature of a system decreases or increases by allowing the system to expand freely while keeping the enthalpy constant. The statement was proposed in 1852. The cooling in the Joule-Thomson process will be more efficient the closer the temperature is to its critical value.

This theoretical postulate would be a great advance to achieve the liquefaction of gases. In this way, by cooling hydrogen to a very low temperature by immersion in liquid oxygen stored in bottles and then using the Joule-Thomson effect, Dewar produced liquid hydrogen in 1898. Later Eleike Kamerlingh Onnes, in 1908, first cooled helium in a bath of liquid hydrogen, applying the Joule-Thomson effect, obtaining liquid helium at a temperature of 4 ° K.

The international unit for energy, heat, and work, the Joule, was named in his honor. As a unit of work, the Joule is defined as the amount of work done by a constant force of one newton for one meter of length in the same direction as the force. 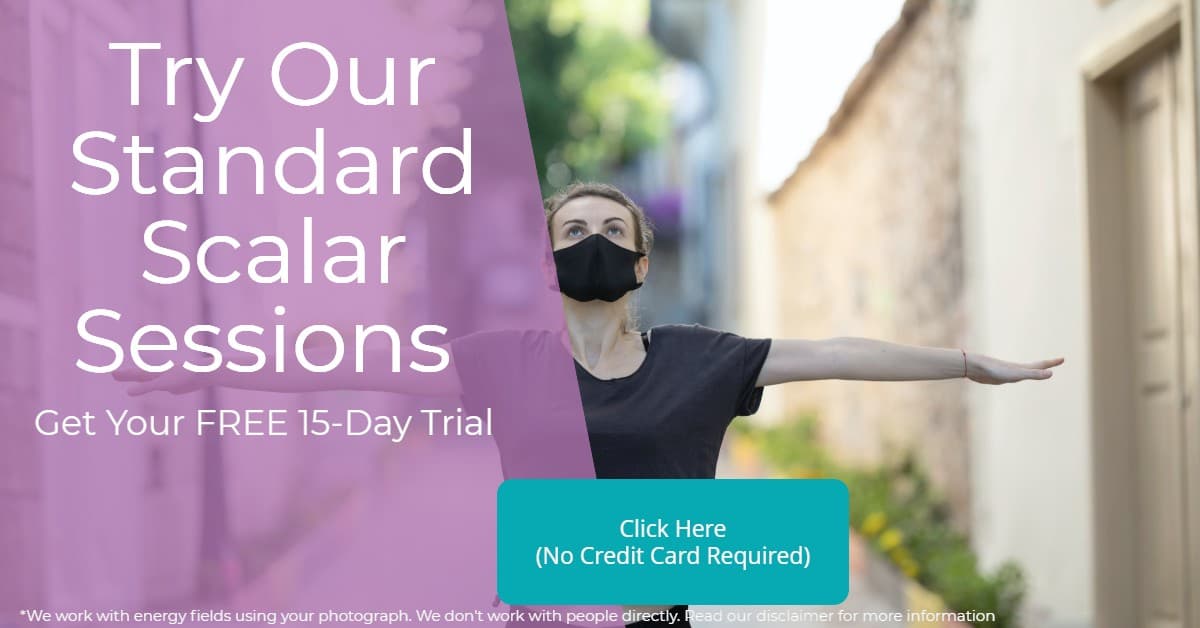