The History of Magnetism 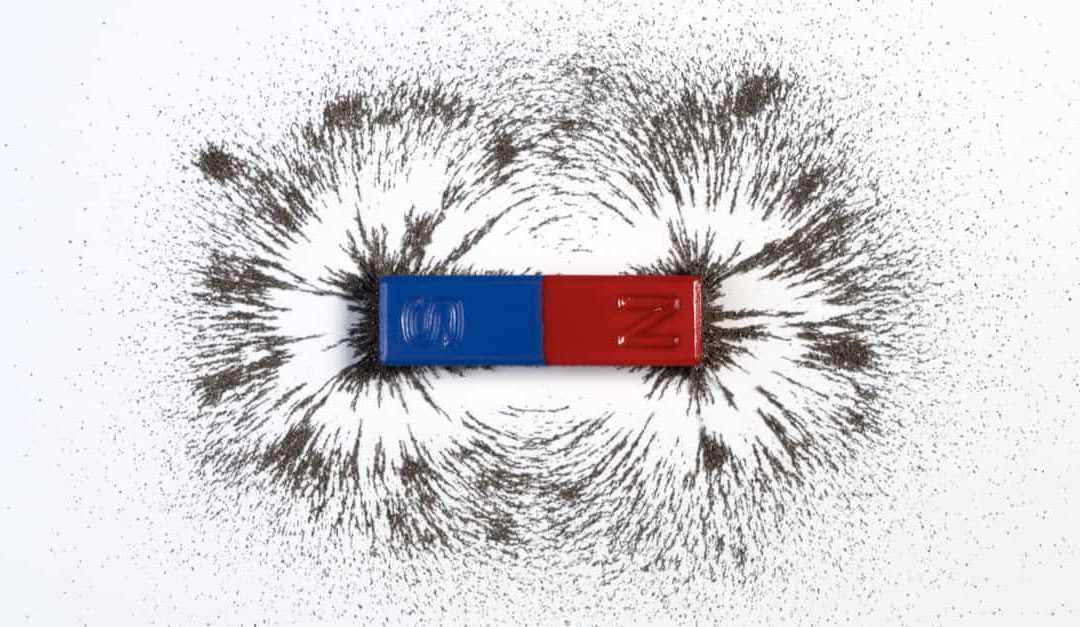 As with electricity, the phenomenon of magnetism was known since ancient Greece, and its name is also of Greek origin. The word magnetism comes from the word “magnes,” a magnet in Greek, which in turn comes from Magnesia, a region of Asia Minor in which deposits of the mineral magnetite (lodestone) are found, which has the property of attracting iron objects as well as giving iron its magnetic properties. It was observed that the effect of attracting small pieces of iron was more pronounced in certain areas of the magnet called magnetic poles.

Thales of Miletus (approx. 624-546 BC) is considered one of the first to associate electrical and magnetic phenomena. Thales knew the effects of magnetite and thought that if amber was able to attract small objects when it was rubbed, it was because it was transformed into magnetic by the effect of rubbing.

However, he realized that no matter how much he rubbed the amber, it was incapable of attracting small pieces of iron filings, which were attracted by the magnetite, without needing to be rubbed. In this way, electricity and magnetism remained independent and isolated for more than two thousand years, just until Oersted discovered in 1820 that an electric current is capable of deflecting the needle of a compass 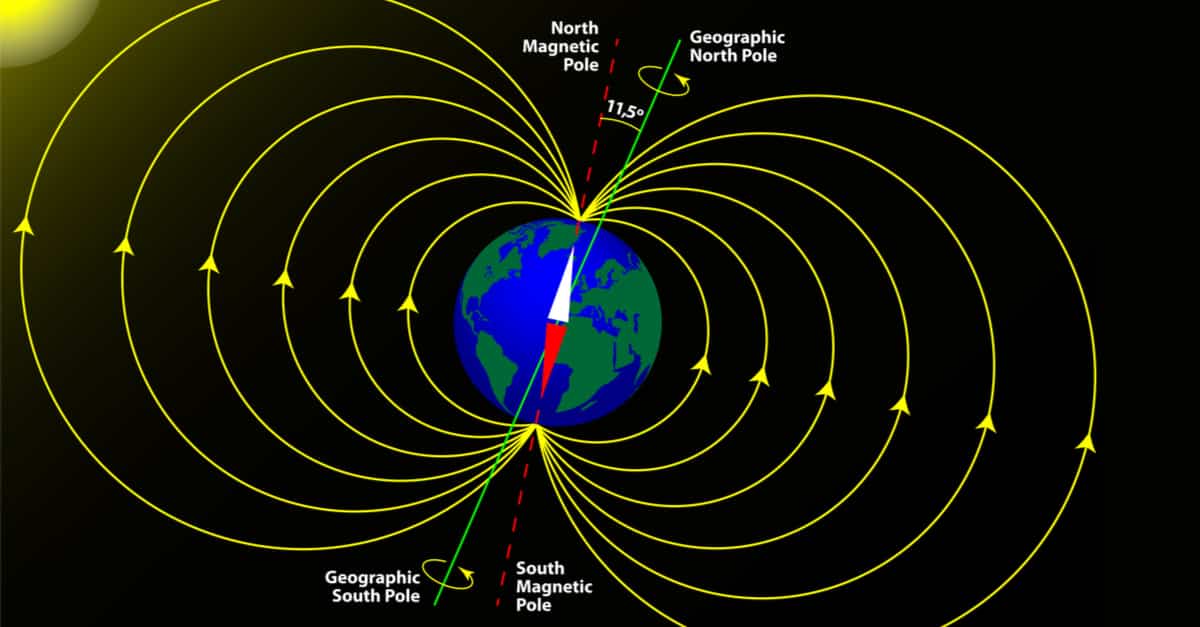 The use of a magnetic needle as a compass in navigation dates back to the Middle Ages. However, the knowledge of the properties of the compass was already known to the Chinese several centuries before and brought to the West by the Arabs. In China, the first reference to the phenomenon of magnetism is found in a manuscript from the 4th century BC. The first mention of the attraction of a magnetic needle appears in a work carried out between 20 and 100 AC.

Scientist Shen Kua (1031-1095) wrote about the magnetic needle compass and improved navigation precision using the astronomical concept of absolute north. By the 12th century, the Chinese had already developed the technique sufficiently to use the compass to improve navigation. The Chinese passed on their knowledge of the compass to Hindus and Arabs, and it was the latter who brought it to Europe.

Final Developers of The Compass

Alexander Neckam (1157-1217) was the first European to develop the technique of using the compass in navigation in 1187. If a magnetized rod is freely suspended at a point on the Earth’s surface, the rod is oriented in the North direction. This fact allowed us to distinguish the ends of the rod or magnetic poles north (N) and south (S) and conclude that the Earth itself behaves like a large magnet.

In 1269, Pierre PelÃ¨rin de Maricourt presented the first detailed description of the compass as a navigational instrument. He also observed that equal poles of two magnets repel each other and dissimilar poles attract each other. During the siege of Lucerne in Italy by Carlos de Anjou in August 1269, Maricourt wrote his letter on magnetism, which is the first scientific treatise on the properties of magnets. 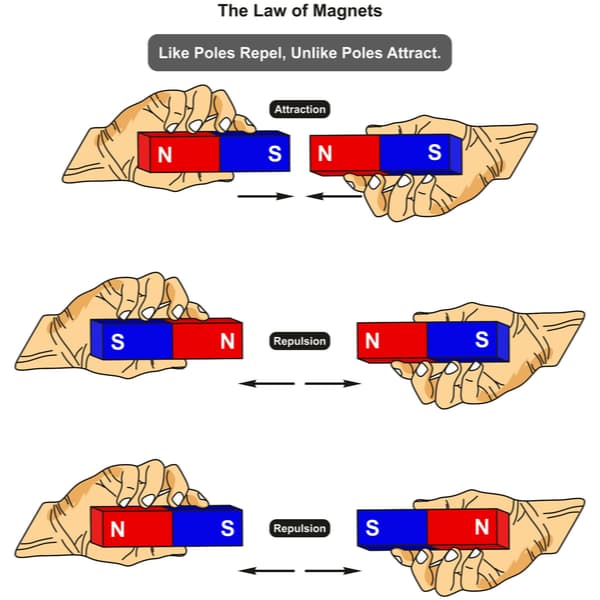 William Gilbert (1544-1603), a contemporary of Kepler and Galileo, carried out careful studies of magnetic interactions and published in 1600 his results in a book, better known as De magnete, the first comprehensive description of magnetism as well as the first great work of experimental physics.

An important part of European science has its roots in Gilbert’s early theories and his fondness for experiments. Gilbert studied medicine and became a prestigious physician, and in 1600 he was appointed personal physician to Queen Elizabeth I of England. The only personal legacy that the queen left before she died was a sum of money for William Gilbert with which he could continue his studies on magnetism.

In his studies, Gilbert concluded that the Earth can be considered as a giant magnet with its poles located near the geographic north and south poles. This concept survived through the centuries, and after being mathematically developed by the great German mathematician Carl Gauss, it is today a fundamental concept in the theory of Earth’s magnetism. He also found that if you divide a magnet into two parts, you will get the formation of two new poles.

Gilbert came to compare the effects of magnets with those of the soul, while RenÃ© Descartes (1596-1650) points out that magnetism was a torrent of corpuscles that came out of the magnetic body and were shaped like screws with a right or left thread. Like a corkscrew, so depending on the shape, they would make the objects they approached move towards the magnet or away from it. In this way, Descartes explained magnetism by resorting to a flow of particles that would leave one pole of the magnet and enter the other.

The law that governs the forces of attraction and repulsion between electric charges and magnetic poles was published in 1785. As Gilbert had done almost two hundred years before and Thales of Miletus two thousand years before, Coulomb considered electrical and magnetic phenomena to be different, since, despite the close analogy that seemed to exist between them, experiments indicated that the magnetic poles and the electric charges did not interact with each other. 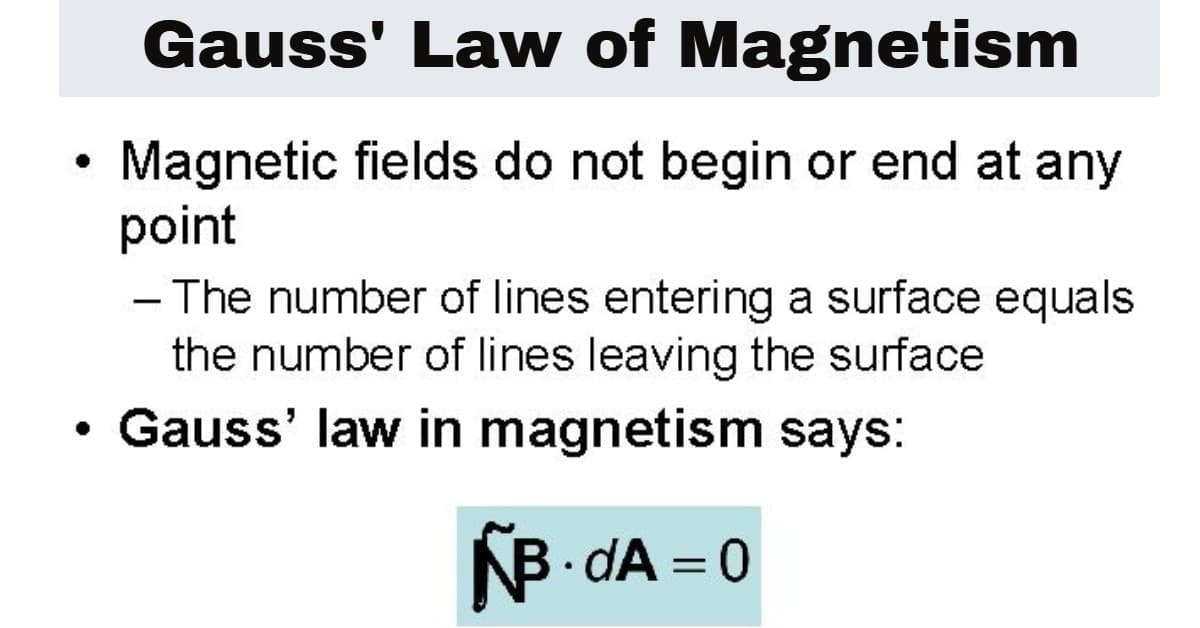 One of the key figures in the development of magnetism is Carl Friedrich Gauss (1777-1855), who established the first Magnetic Observatory in GÃ¶ttingen and began continuous observations on Earth’s magnetism, and developed the first magnetometer. In 1832 he published an article on measuring the Earth’s magnetic field and described a new instrument that consisted of a permanent bar magnet suspended horizontally from a gold fiber.

The difference in oscillations when the bar was magnetized and when it was demagnetized allowed Gauss to calculate an absolute value for the strength of the Earth’s magnetic field. Gauss’ law of magnetism, named precisely by Carl Gauss, is one of the fundamental equations of the electromagnetic field and a formal way of stating that there are no isolated magnetic poles.

Gauss-Weber Telegraph and Other Discoveries

Wilhelm Eduard Weber (1804-1892), Gauss’s friend and collaborator, was a professor at the Universities of Leipzig and GÃ¶ttingen and succeeded Gauss at the head of the GÃ¶ttingen Magnetic Observatory. Weber proposed that the particles of a body are intrinsically magnetic, but that only in certain materials are they all kept aligned. Together with his friend Gauss invented in 1833 a new type of the telegraph known as the Gauss-Weber telegraph.

One of Weber’s most predominant contributions was the Atlas of Geomagnetism) produced in collaboration with Gauss. This Atlas is made up of a series of magnetic maps of the Earth that in its day aroused the interest of the main powers of the moment, which led them to found “magnetic observatories.” In 1864, and also in collaboration with Gauss, he published a text that contains a system of absolute measurements for electric currents, and that laid the foundations for the measurements that are used today.

In 1856, together with Rudolf Kohlrausch (1809-1858), both showed that the quotient of the electrostatic and electromagnetic units produced a number that coincided with the value of the speed of light known at that time. This finding helped Maxwell conjecture that light is an electromagnetic wave. Also, in an article published in 1856 by Kohlrausch and Weber, they were the first to use the letter “c” to designate the speed of light. 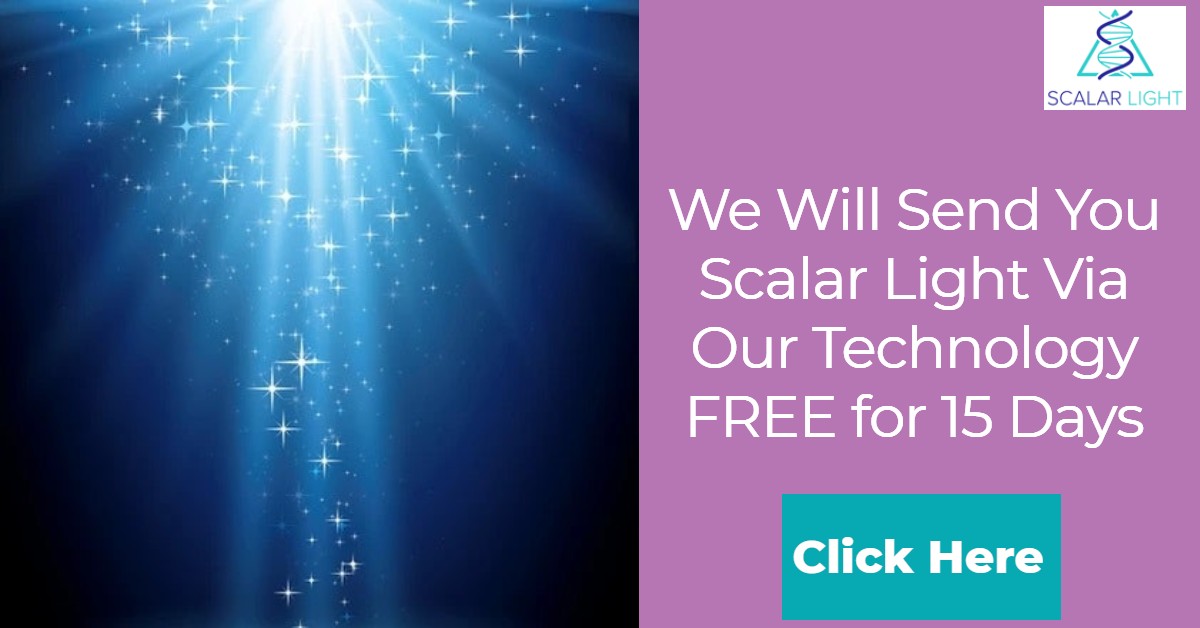