Medical Shocker: Virus May be a Major Cause of Alzheimerâ??s 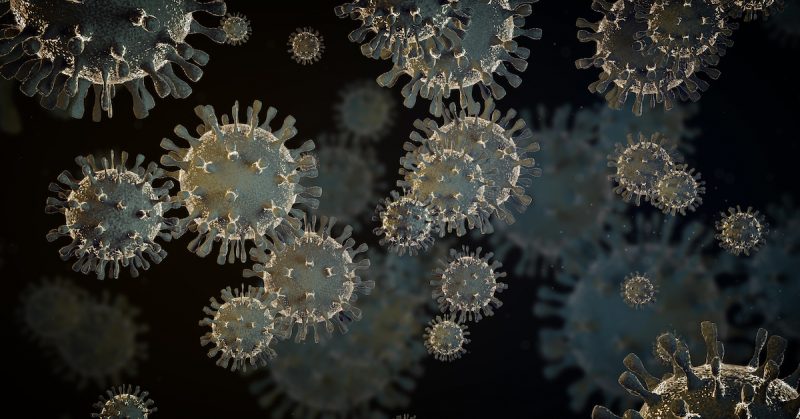 When I say million-dollar question I mean it literally. Leslie Norins, a physician and medical publisher, is offering a million dollar Challenge Award to any researcher who can provide persuasive proof the Alzheimers germ is the cause of the disease.1

Can You Catch Alzheimers?

Heres something to shake up your world: There is evidence that exposure to a person with Alzheimers can increase your risk of the condition. This seems to indicate there might be a contagious aspect to this brain problem.

Meanwhile, many experts still pooh-pooh the idea that you can catch Alzheimers from another person who has the disease.

What we know now: a Dartmouth study of neurosurgeons showed that their chances of dying from Alzheimers disease is seven times higher than their risk of dying from other causes.2 Plus, research in Utah demonstrates that if your spouse develops Alzheimers, your risk of this memory-robbing problem is multiplied six times.3

Now, Ive hung around the science biz long enough to have a few questions already.  Husbands and wives may have lots of habits in common the food they eat, how many hours they sleep, exposure to pesticides and herbicides, exposure to other toxins like mold in the home. . .

We cant rush to any conclusion until we know more.

As for brain surgeons, they, too, probably share common exposures to all kinds of chemicals. We cant assume theyve all been exposed to a dementia-causing virus or bacterium.

All the same, one particular microbe is in the spotlight. . .

The Search for a Cause

To aid in the search for what factors might cause these kinds of elevated risks, researchers are now making use of sophisticated, computerized genetic analysis techniques in examining the brain tissue of people who have died of Alzheimers disease technology that has only recently become available.

A team of researchers at Mt. Sinai Hospital in New York City has used these types of laboratory methods to show a complicated network of associations among genes and varieties of the herpes virus connected to various aspects of Alzheimers biology.

But when they began to do their comparisons, the evidence of infection with two types of human herpesvirus human herpesvirus 6A (HHV-6A) and human herpesvirus 7 (HHV-7)   was too much to ignore. Their tests showed these viruses were present in the brains of people with Alzheimers at levels that were double the amounts in those who didnt have the condition.

On top of that, when they took a close look at how these viruses affected the activity of specific genes and proteins, they uncovered links between viruses and the creation of amyloid plaque and neurofibrillary tangles protein deposits that are often found in cases of Alzheimers.

Definitely Not the Sole Cause

These are early days in this exciting new theory. More study is needed. What we do know is that the herpes viruses are not likely to be the only factor in Alzheimers, it theyre a factor at all.

I dont think we can answer whether herpes viruses are a primary cause of Alzheimers disease, admits researcher Joel Dudley. But whats clear is that theyre perturbing (genetic) networks and participating in (genetic) networks that directly accelerate the brain towards the Alzheimers topology.

In other words, when people have a genetic tendency toward developing Alzheimers disease, infection with these viruses may be an extra factor that accelerates the development of the disease. The virus alone isnt enough to destroy the brain. If it were, most of us would be doomed. Its estimated that three out of four people have HHV-6A in their bodies.4

Brain Plaques are a Defense

According to research at Massachusetts General Hospital, the reason both herpes and amyloid plaque are found in people with Alzheimers may be because the amyloid is part of the brains defense against the virus.5

Our findings reveal a simple and direct mechanism by which herpes infections trigger the deposition of brain amyloid as a defense response in the brain, says researcher Rudolph Tanzi.

Dr. Tanzis fellow researcher Robert Moir adds, A key insight is that its not direct killing of brain cells by herpes that causes Alzheimers, rather its the immune response to the virus that leads to brain-damaging neuroinflammation.

Startling Theory: Our Brains May have a Microbiome, Too

The Massachusetts General research team is also looking into the possibility that we need a particular kind of microbial population for good brain health just as we need one for intestinal health. When health-threatening microbes overgrow in the brain it may lead to Alzheimers just as the intestines can become overrun with microbes that cause inflammatory bowel problems.

Our preliminary findings suggest that the brain microbiome (the collection of microbes that grow in the brain) is severely disturbed in Alzheimers disease and that bad players including herpes viruses seem to take advantage of the situation, leading to trouble for the patient, says Dr. Moir.

We are exploring whether Alzheimers pathogenesis parallels the disrupted microbiome models seen in conditions like inflammatory bowel disease, he adds, and the data generated to date are both surprising and fascinating.

Of course, researchers have a lot of work left to do to decipher the ways in which herpes may interact with genes and the immune system and how this may contribute to Alzheimers disease. But supporting this line of reasoning is research showing that people who have been treated with anti-herpes medication may have a lower risk of Alzheimers.6

These investigations seem very promising. And as more studies along this line come out, I will report to you on the latest findings.